Two favourite discoveries early in my undergraduate years at UVic were campus radio and Cinematica, the latter of which introduced me to Fassbinder and Fellini and all kinds of genres, directors, and left-field ways of film-making I'd never known to consider.
Alongside my steady juvenile diet of TV before university independence, whole afternoons passed with me listening to AM (and later FM) radio stations; and just like today those commercial, ad-revenue-reliant stations played a fairly small selection of songs over and over and over. (To the point that last weekend, I heard a song—sappy dreck: "If Wishes Were Horses" by Sweeney Todd—I'd been exposed to a huge number of times in the late 1970s and then not again until 2013. I was still able to recall most of its lyrics. Talk about the effectiveness of brainwashing-through-repetition!)

At UVic the radio station featured eclectic programming that reflected the anti-mainstream and anti-commercial radio tastes of the DJs. Listeners could hear American banjo music from the 1940s one hour and then industrial bands from Germany (Einstürzende Neubauten) and England (Test Department) the next, all the while being given a kind of education about just how limited in scope the radio stations off campus in fact were. 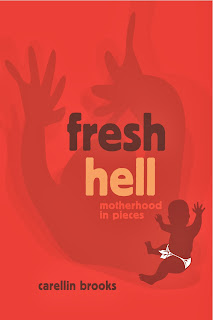 Since then I've remained impressed at how so-called alternative or independent music has maintained its cachet and kept a tenacious subculture of devotees who seek out websites that review must-hear (but, relative to Gaga or Kate Perry or the latest flavour-of-the-week, completely obscure) bands and musicians. And buy their music, of course. And attend their concerts.
There's still campus radio, of course, and as far as I know it still tends to feature music that never plays on any commercial stations (and more or less abandons those bands as "sold out" once they attain a modicum of popularity).
Anyhow, what I'd love is for alternative publishers to find the same fervent and dedicated audience, one that makes the effort to track down authors on 'small labels' and read them, talk about them, and, generally, spread the word. Rescue them from total penniless obscurity, in other words.
I know the fantasy's sort of ludicrous and certainly it's asking for the moon. Instead, though, what sells more or less is what's promoted by the Bertelsmann juggernaut (branding phrase: "media worldwide"; details: "Bertelsmann SE & Co. KGaA is a German multinational mass media corporation founded in 1835, based in Gütersloh, Germany. The company operates in 50 countries and employs in excess of 104,000"), or what's selected by national prize committees, "Heather's Picks," and public radio popularity contests about what the nation reads.

I bring this up because I've been reading a pile of intriguing independent press books lately—Anatomy of a Girl Gang (Arsenal), Juanita Rose: My True Life (Pedlar), The November Optimist (Gaspereau), The River: A Memoir of a Life on The Border Cities (Biblioasis), Fresh Hell: Motherhood in Pieces (Demeter).
Were I in a Groundhog Day scenario, only in this version every single time I wake up I'm at the entrance of a new location of a bookstore chain, my predication is I'd never see one of those titles. Not one. They would, in other words, be written and published and sell well under 500 copies in large part because they fail to attract media coverage and bookstore promotion. And without that fantasy independent press subculture to seek them out, buy them, or promote them, grassroots-style, by word of mouth, etc, they remain virtually invisible, little Davids that the Goliath can squash without even noticing they exist.

That really was a digression that verged on a rant. More to the point: I interviewed the author of Fresh Hell a few weeks ago. The article appears in the Vancouver Sun.
Posted by Brett Josef Grubisic at 09:33 No comments:

Aside from books (Herbert, Tolkien, Asimov, er, John Wyndham, Franklin W. Dixon, Enid Blyton's Secret Seven series, and Helter Skelter) and comics (Flash, Justice League, Green Lantern, etc., basically anything with super-villains and super-powers), I read and re-read stacks of Cracked and Mad Magazine as a child.
While I can't remember much about individual issues now, one random set of cartoon panels has stuck in memory. The "Before" shows the cast and crew on the set of a comic film breaking up with laughter. The "After" depicts a cinema audience of that same production completely stone-faced at the supposedly funny antics on screen.
I bring that up because my response to Worst. Person. Ever. mirrors those patrons in the Mad Magazine cartoon (despite the fact that the novel's presumed starting point, a story called "Survivor" that Coupland published in 2009, is both cynical and despairing but also terrifically funny). 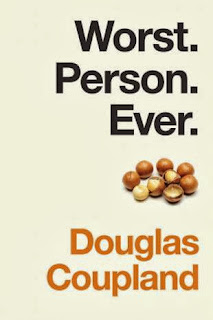 If nothing else, the crazy division of opinion about the novel indicates the subjective nature of taste and humour. Ditto for the perennial Big Question: "What constitutes a good novel?"
The review in the Independent, for example, concludes that the novel "reads like a failed experiment; a misjudged one-off," while the Guardian's reviewer notes: "Novels are no longer about thinking, they're just vortices of cliche. The race is now on to write the Worst. Book. Ever. And this may be it." More locally, these final words at the Winnipeg Review: "Perhaps the novel would be better, or at least more entertaining, if it were read in spurts, or portioned out as a series of ribald vignettes to mull over. Like Raymond Gunt himself, Worst. Person. Ever. can bring many a horrified chuckle to a person’s lips. Also, like Gunt, a little goes a long way." The Globe reviewer, in contrast, refers to Coupland as an "ideas man," and finds the novel brilliantly insightful. At the Quill and Quire reviewer sees a winning books that's "flashy, loud, a bit unsettling, and screamingly fun."


My review appears in The National Post.
Posted by Brett Josef Grubisic at 15:46 No comments:

On any given semester I read several hundred student essays. The best aspects of that labour include: an exposure to topics with which I have less than passing familiarity, bits of new information from the marvelous world of science (the vast majority of students in my classes do not expect to major in English or Creative Writing), and assorted other stuff I didn't know.


When I began this blog segment dedicated to Tips for Writing Success: Source Material, there was a half-facetious idea that I'd provide a public service for writers (published or would-be) who might be seeking or needing inspiration—a line or a fact or an overheard conversation that they might use in their short story or novel or essay, or that they might even utilize as the core concept around which they might build their project.

I still like the idea, but for whatever reason haven't been listening carefully or taking notes, or (maybe) haven't been social or outside enough to steal someone's public domain utterance from a restaurant, bus, sidewalk, or literary event.
To make up for lost time, then, here's a new one, lifted (with permission) from a student's essay. The category? A fact I did not know and that you, dear reader, might find useful—


"In most East Asian countries, a first-birthday tradition is to predict a child's future based on which of the four dangling tiny icons the child reaches first—a book (teaching profession), a computer mouse (science field), a calculator (business), or a stethoscope (medicine)."

Posted by Brett Josef Grubisic at 17:55 No comments:

Non-Fiction Sidebar: Thoughts on Rewriting / the Anxiety of Influence

As an idea that felt truly inspired—as in: "Hey, let's just skip town for the weekend, head out on a spontaneous road trip!"—I expected "Resurfacing (Alternative Lit History Series #2)" to unfurl easily. It would be a fun project, I thought. And, I imagined, an effortless one, written and revised over a couple of afternoons at the most. No problem. 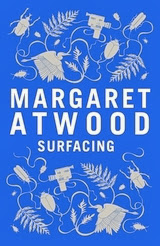 My reasoning was a bit flawed, as it turns out.
Retelling a novel as a story, for instance, presents all manner of choices (since you're losing about 85% of the word count), an especially challenging case when the novel is dense and complicated—such as Margaret Atwood's Surfacing.
Similarly, reworking elements of a female quest for a male narrator required rather more thinking than I'd first anticipated. And replacing the heterosexual female subjectivity with a homosexual male one wasn't exactly a matter of direct translation. Ditto for the power and political dynamics of couples: female-male ones aren't quite the same as male-male ones.
Substituting northern BC for Atwood's original setting in northern central Canada proved a snap, though.

Ultimately, the story raised questions that hadn't occurred to me on the day of my original inspiration. Most of them related to the living conditions at a time when homosexuality was still largely taboo, scandalous, and unwelcome (although technically legal).
In Atwood's novel the narrator struggles with guilt and regret about her past, and in her fit of madness in the wilderness imagines giving actual birth to a new kind of being. Since the character in "Resurfacing (Alternative Lit History Series #2)" can't in fact give birth and had a different (and arguable gendered) relationship to his family and past, the story veered into its own territory despite my initial desire to parallel Atwood's plot closely. You hear authors saying that as characters take on life of their own they also ensure the plot that contains them follows their lead. (Do authors actually say that? I dunno. I think I heard some authoritative writer make that claim somewhere.) Anyhow, that's what happened here. 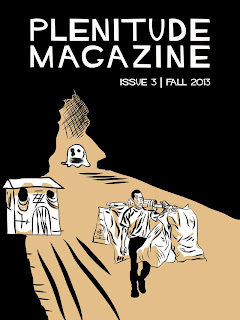 As of today the story appears in Plenitude Magazine, whose editor Andrea Routley has to be publicly commended for suggesting key revisions (and drawing attention to my illicit and unwise fondness for the semi-colon—semi-colon and I have agreed to spend some time apart and think things over).
This issue contains work by locals (well, Vancouver and Victoria) like Amber Dawn, John Barton, Aysia Law, and Daniel Zomparelli. At $10 for two issues, it's a bargain, and one that ought to be supported.
Go for it: plenitudemagazine.ca


Posted by Brett Josef Grubisic at 19:44 No comments: